The company has brought its target forward by another two years.

Swedish oil company Lundin Energy announced on September 15 it was targeting carbon neutrality in terms of Scope 1, 2 and 3 emissions by as early as 2023.

The company, which operates the 340mn-barrel Edvard Krieg field in the Norwegian North Sea and has a share in the even larger Johan Sverdrup project led by Equinor, announced back in February 2020 that it would seek carbon neutrality by 2030, before bringing the goal forward to 2025 a year later.

Lundin now plans to achieve this target by 2023, the company said, using proprietary natural carbon capture projects and carbon credit offtake agreements. Independent third party due diligence and certification has been obtained for these initiatives, it said.

The company has set aside $800mn for reaching carbon neutrality, of which 70% has already been spent on electrifying the platforms at the Edvard Krief and Johan Sverdrup fields, as well as on three renewable energy projects.

Lundin aims aims to slash absolute operational emissions by 50% by 2023 versus last year's level, bringing its emissions intensity to only 1 kg of CO2/barrel of oil equivalent, even though it is projected to increase its production by 40% during the same period, largely thanks to growth at Johan Sverdrup. It noted this was more than 15 times lower than the industry average intensity.

"Acceleration of carbon neutrality by two years to 2023 is a key differentiator for our business," CEO Nick Walker said. "The defining factor has been the full electrification of our main production assets by the end of 2022, which when coupled with our focus on reducing operational emissions across other areas of the business, has created a unique position from which I believe significant value will be created."

Lundin made headlines in April by selling the world's first ever certified carbon neutrally produced oil to a refinery owned by Italy's Sara on Sardinia.  The oil came from Edvard Krieg. 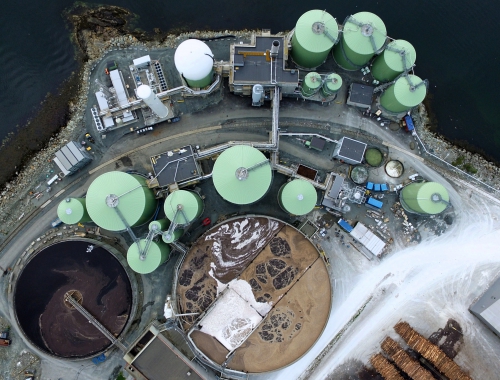