Costs do not go away by assumption," Oxford university energy policy professor Dieter Helm has warned.

The UK government's plan for getting to net-zero emissions by 2050 at a minimal cost is "hopelessly unrealistic," leading energy expert Sir Dieter Helm warned in a blog post on March 31.

The Climate Change Committee, which advises the government, estimates that the gross cost of achieving net zero will be £1.4 trillion ($1.8 trillion) over the next three decades, but energy efficiency savings and lower fuel running costs will save some £1 trillion, resulting in a net cost of £400bn, or only 0.6% of GDP. But Helm, an energy policy professor at Oxford university, disputes this low sum.

"This is hopelessly unrealistic - it assumes as noted, for example, not only that the costs of renewables and low-carbon technologies will keep falling, but also that government policy will be perfect," he wrote. "This is nonsense. Pretending that the costs are low to get government signed up is a classic NGO trick, but the unfortunate reality is that the costs do not go away by assumption."

Even a net cost of 2% of GDP might be an underestimate, Helm continued.

"The CCS assumes ever lower costs and, incredibly, that there will be no government failures - that the government will go for and achieve the most efficient solutions. History suggests otherwise," he said.

The expert also said the current energy crisis showed that greater attention needed to be paid to energy security and affordability. He called on government to "recognise the security implications of lots of intermittent wind on the system and plan the system architecture to deal with this."

"Do not ignore the gas that will be a part of the back-up for at least a decade to come," he said. "Do not pretend that stopping new gas production in the North Sea solves the problem of UK consumers consuming a lot of gas by importing it instead." 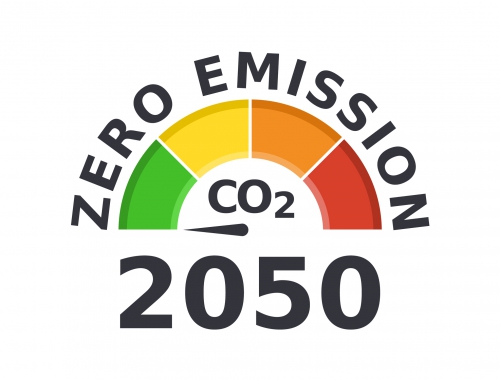